Join Native Women in the Arts and the Music Gallery for a night showcasing artist who create and perform music in their traditional language. The first event of its kind, Mother Tongue features a range of works from Grammy award-winning established musicians, to emerging artists, all of whom are working to revitalize their mother tongue.

Language connects us to our identity, to our past, to our future, and to each other. There is a movement within Indigenous communities across Turtle Island to learn, preserve, and practice traditional language for generations to come. This showcase pays tribute to the ancestors and community members who have preserved the many languages of this land in the face of great adversity.

Grammy award-winning Joanne Shenandoah, is one of America’s most celebrated and critically acclaimed Native American musicians. Her immense catalogue of music includes country, pop, folk, blues, and traditional Iroquois women’s songs. With her music and her work as a humanitarian, an advocate for peace and earthjustice, she has captured the hearts of audiences all over the world. 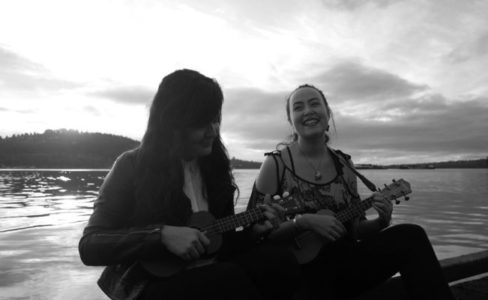 Salia Joseph, from Sḵwx̱wú7mesh and Snuneymuxw First Nations, is focused on the work and resistance of Indigenous women through art, Indigenous feminisms, and new media. Salia sings contemporary western music in two bands as well as Coast Salish traditional singing in a Sḵwx̱wú7mesh dance/singing group. Salia is passionate about where she comes from as a Sḵwx̱wú7mesh woman and is dedicated to always learning more about her culture.

Currently residing in their ancestral Skwxwú7mesh territories, Kwiigay iiwaans is an artist with many identities, all of which inform their craft. Raven clan, from Haida Gwaii, Kwiigay explores their intersecting two-spirit, queer, trans non-binary, human Haida, and Skwxwú7mesh identities, with the existential, and the extra terrestrial. Their artistic expression is driven by their passion for Indigenous sovereignty. 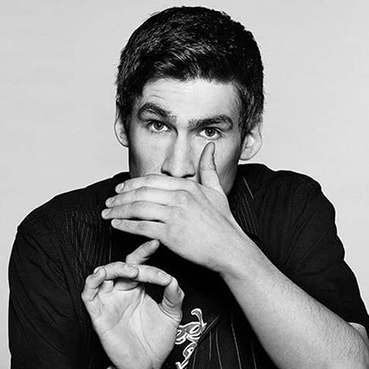 From Baker Lake, Nunavut, Nelson Tagoona is a one-of-a-kind musician. He combines inspirational messages with his unique blend of vocal percussion, and traditional inuit throat singing called “throat boxing”. His powerful performing has garnered him the Queen’s Diamond Jubilee Medal.

Established in 1976 by members of the Canadian Creative Music Collective (CCMC), the Music Gallery occupies a unique position within Toronto’s musical ecology that allows us to present, encourage and promote leading-edge contemporary music in all genres. For over 40 years, our mandate to foster innovation and experimentation in music has remained constant, and today, we are Toronto’s pre-eminent presenter of genre-defying concert music.

The Kwe Performance Series is the evolution of NWIA’s long-standing Catalyst Series. NWIA has presented several memorable shows in partnership with the Music Gallery over the years featuring artists such as the 2017 Polaris winner Lido Pimienta, Leanne Simpson, Taqralik Partridge, and Skokum Sound System. Kwe Performance Series presents performance based work from innovative Indigenous artists from diverse nations and communities. Native Women in the Arts overall artistic vision is to make visible the artistic and cultural expression of First Nations, Inuit, and Métis women, and work in a wide range of artistic disciplines. We recognize Indigenous artistry and forge positive creative links among Indigenous, culturally diverse, and mainstream artists and audiences. We continually work to explore new ways of including artists of all cultures, men as well as women, youth, and seniors, within the framework of an Indigenous-focused arts organization.